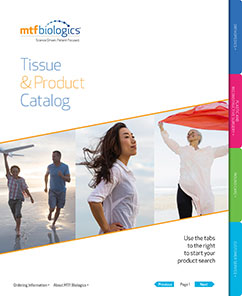 Edison, NJ — The Musculoskeletal Transplant Foundation (MTF) recently announced two winners of the 2015 Nicholas Miller Award for Excellence in Donor Family Support: Sally Jacobson of Grand Forks, ND and the Donor Family Council of the New Jersey Organ and Tissue Sharing Network (NJ Sharing Network). This is the first time both an individual and an organization have been named as winners.

The Nicholas Miller Award for Excellence in Donor Family Support is named in honor of the eldest son of Thomas and Jayne Miller. Nicholas, who died prior to his second birthday, was a heart transplant recipient. At the time of his death, Nicholas became an eye donor. Jayne Miller served as Vice President of Donor Services at MTF prior to her retirement, and she and her family are committed to increasing donor awareness education and donor family support.

Sally Jacobson, a true crusader for donation, was nominated by LifeSource , the donation agency based in Minneapolis, Minnesota which serves communities in Minnesota, North Dakota and South Dakota. Sally is both a donor family member and a liver transplant recipient. She has worked as a LifeSource Donate Life Ambassador to increase the number of people on the North Dakota state registry, providing donor families with remembrance shawls, and rallying legislative support for donation initiatives with the Governor and State Representatives. She also partnered with Trails4Transplant to organize a 311-mile horseback ride through North Dakota to raise donor awareness and funds to support transplant patients.

The NJ Organ and Tissue Sharing Network’s Donor Family Council is composed of donor families who assist the Sharing Network with its public and professional education outreach efforts. Their Sunflower Campaign is one that is treasured by hospitals. Donor family volunteers visit area hospitals and provide handwritten cards and sunflowers to the hospital staff who make donations possible. Volunteers also send cards to recent donor families, letting them know they are not alone and that there is a support network at the Sharing Network. They are also instrumental in organizing the annual NJ Sharing Network 5K Walk/Race, which, raised more than $72,000 last year.

“MTF is pleased to recognize the efforts of Sally Jacobson and the NJ Organ and Tissue Sharing Network Donor Family Council. These winners truly share the Millers’ belief in and commitment to donation and transplantation. We believe the Nicholas Miller Award helps MTF to promote excellence in Donor Family Support through recognition of best practices that encourage recovery organizations to provide consistent caring services to all donor families regardless of the type of donation,” Herrera said.

The clinical studies featured in this section are for informational purposes only.
For more information about clinical uses of Flex HD, please email MSL@mtf.org.
Please acknowledge receipt of this notice below.